Located near Lyon in France,  MAFDEL specialises in the manufacture of thermoweldable profile belts and conveyor belts for many industrial handling applications.

For over 40 years, the extensive and ever-changing range of MAFDEL products has been meeting many industry needs throughout the world.

Industrial conveying developed significantly during the 1970s and 1980s. At that time, most belts and conveyor belts were endless or were very difficult to weld on site, often involving complicated tooling and techniques. There was a growing need for maintenance efficiency and optimisation.

In 1981, Jean-Claude Jouffray created MAFDEL in Saint-Alban-de-Roche (38) and launched MAFDEL’s first line of mono-material belts and conveyor belts that were easily joined on site by the users themselves.

The business grew and consequently, in 1989, moved to a larger site at Saint-Georges-d’Espéranche (38).In 1997, as the company became more successful, there was a need to accommodate the increased production demands and a first building extension measuring 1000 m² was constructed.

In 2004, François-Régis Jouffray and Michel Jouffray succeeded the founder, Jean-Claude in managing the business.
In 2006, as success followed success, a second 1000 m² building extension to house new machinery was built.

At the end of 2012, the BMTS company, a manufacturer near Nantes, joined the MAFDEL group. Together, they constitute the only French manufacturer of mono-material belts and conveyor belts.

In 2017, MAFDEL increased its production width and now manufactures conveyor belts at 1850 mm wide. This further meets the needs of manufacturers and distributors around the world.

In 2018, a new 3600m² production facility was built to increase increasing production demands and optimize the development of new products. 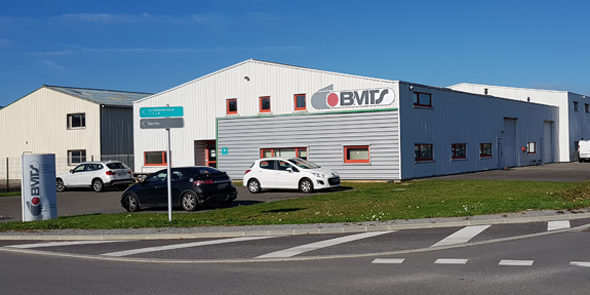 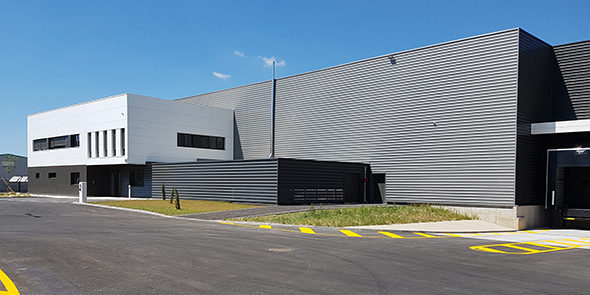 MAFDEL continues to pursue its quality objectives and its commitment to customer satisfaction.
Today, development of new, innovative products and the expansion of the commercial network are one of the company’s major objectives for the future.

Our network of distributors :

Mafdel products are available worldwide through a network of distributors and partners in over 60 countries.

Find us at trade shows 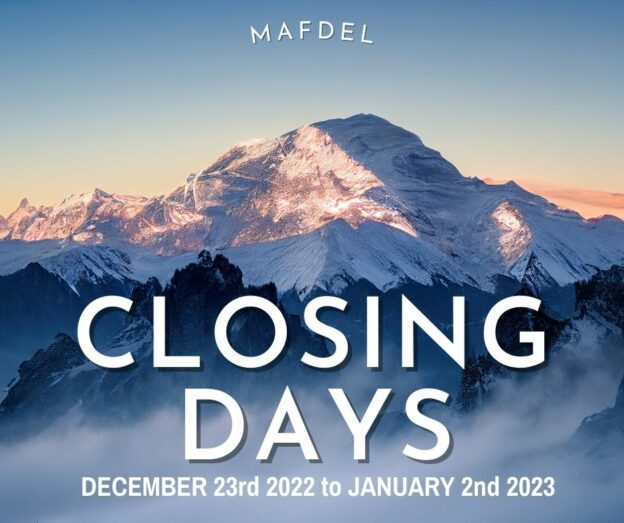 End of year closure
Wow, in a month it’s Christmas! 🎅 If you want to make sure you have your conveyor belt or thermoweldable belt for your business… the last departures will be on December the 22nd from the Mafdel side! Production sites will be closed from December 23, 2022 to January 2, 2023 inclusive!   Call us at […]
Read more 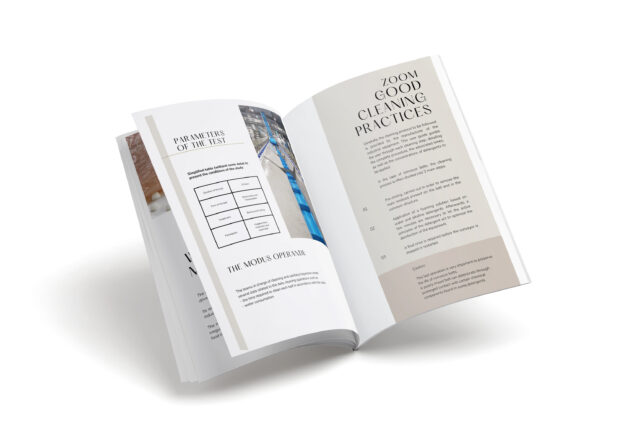 Can you save money by installing a positive drive belt instead of a modular belt?
The answer is YES! For each daily wash with a positive drive belt type DEL/DRIVE 50 you save: 62% water and 63% less cleaning time   Many of you have asked us this question, especially in the food industry. Each time, we get the same answer, but we have very few figures to back up […]
Read more 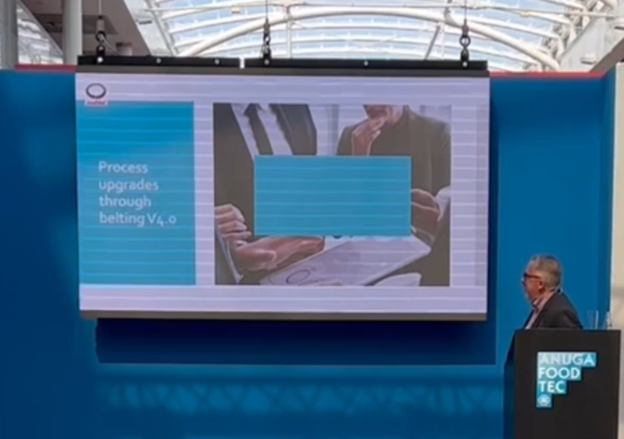 Process upgrades through belting V4.0
Did you know that the first food grade synthetic coated conveyor belts appeared in the 1960’s? On closer inspection, it is obvious that the 30 glorious years of industrialisation brought innovations in this field, and each new product is pushed by another one that is more hygienic, easier to clean and to use. We have […]
Read more

New catalogues
Our 3 new catalogues are the real bibles of the conveyor belt and the themroweldable belt. You will find all the new products for 2022 in 3 editions: thermoweldables profiles, mono-material conveyor belts, positive drive conveyor belts. In order to further our commitment to the planet and to adapt to new consumption patterns, we have […]
Read more

Case study: pasteurisation of ham
The needs of this meat producer A customer of Mafdel, involved in pork processing, has opened its doors to us to reveal how our new monolithic belt products work within his plant. Our client, a long standing customer of over twenty years, has previously experienced the benefits of Mafdel’s existing range of monolithic products and […]
Read more 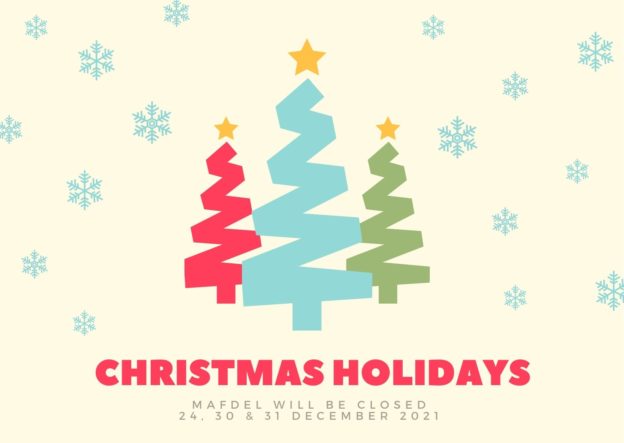 Closed
Mafdel will be closed on Friday 24 December, Thursday 30 December and Friday 31 December. Please take these 3 days into consideration for your next orders. We wish you all the best for the New Year!
Read more

What is the HACCP process?

The HACCP (Hazard Analysis Critical Control Point) process is a method intended to reduce the maximum number of sanitary risks in agri-food industries. This method is based on 7 main principles aiming to control risks during the process and to analyse the hazards during verification of the effectiveness of the implemented system. The Mafdel range of belts and conveyor belts helps provide an optimum level of hygiene to satisfy the requirements of this process.

Read more
How do Mafdel products help achieve an optimum level of hygiene in the agri-food industries?

One of our priorities is to provide quality products that contribute to compliance with hygiene standards. Our belts and conveyor belts in the agri-food range comply with the most stringent standards and offer characteristics that help attain an optimum level of hygiene:

Read more
In what case or cases should High Density Polyethylene (HDPE) runners be used?

Read more
What is cogging used for on v-belts?

Read more
How do you weld a reinforced belt?

Our reinforced belts can be welded together in the same way as our non-reinforced belts, using just an iron and clamp. The aramid reinforcement on our belts is resistant to very high temperatures, it does not need the reinforcement to be removed at the joint before welding. Both types of welds (end-to-end and overlap) can be used.

Read more
Why use reinforced belts?

Aramid reinforcement stops elongation on our round and v-belts. This allows for use of long-length belts, while at the same time minimising the need for long travel tensioning devices. The maximum allowable load is also higher, especially with our overlap weld.

Read more
How are belts measured?

In the case of standard configuration (belt extended between two pulleys with the same diameter), the theoretical belt length is equal to the pulley circumference + (2x the centre distance). For any other configurations, kindly send us a dimensional drawing of the installation. In all cases, the tension system must be returned to its minimum position. Our technicians are available to help you define your needs.

Read more
How are belts tensioned?

Exerted tension depends on the type of belt used (from 0.5% to 8% for Mafdel belts – see the catalogue for recommendations). There are two ways to apply tension to a belt:

If the belt is reinforced, you must take care not to apply excessive force, which could destroy the reinforcement.
Read more
How to weld a conveyor belt?

All belts can be endless welded or delivered open for on-site welding. Conveyor belts can be welded in two ways: